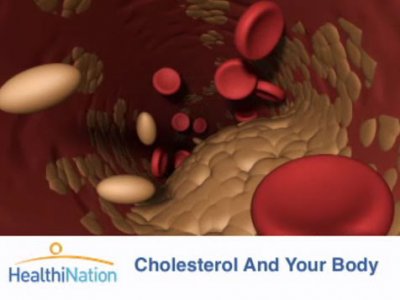 I didn’t become a vegan for my own health.  It was animal welfare that drove my decision.

But, I am beyond grateful for the healthful “side effects” of this beautiful and nutritious diet.

As a vegetarian, as best as I can recall, my cholesterol level was 200ish.  And, by the way, I am hereditarily predisposed to high cholesterol and high blood pressure, especially on my mother’s side (Mama takes medication for both), though my 84 year old father recently started taking medication for the latter.

Tough I have a severe needle phobia (my doctor’s nurse called my a whiny baby…jokingly), the “carrot” of a new $500 health insurance credit based on a health screening convinced me to combine the latter with my annual visit to my gynecologist, Theresa Whibley (yep, the Norfolk City Councilwoman) last week.  Part of that screening included a cholesterol panel.

Dr. Whibley’s nurse, Sandra, called me with my profile yesterday practically giddy.  Not only have I long had textbook blood pressure, which can tip a little toward the low end, but get a load of these numbers which, incidentally, have varied little since my January 2009 numbers (in parentheses) or improved:

I’ll drink (a glass of red wine) to that!

If you aren’t up on the new target numbers, these are off-the-charts fantastic.  According to the Mayo Clinic, below 200 is “desirable.”  For HDL, 60 or above is considered “best.”  for LDL, 100-129 is “near ideal,” but 70 is ideal for those at very high risk for heart disease.  And below 150 is desirable for triglycerides.

Wow.  I feel incredibly fortunate.  And so healthy!  But pride cometh before a fall, so I am taking nothing for granted.   Still, can we all agree that the vegan diet–not to mention exercise–is truly the heart healthiest way to go?

Here’s to all of us…may we long live in the full bloom of rosy good health!

Sorry about the indelicate topic folks, but it’s important on many levels.  And since we’re all foodies here, and the pre-colonoscopy diet causes many folks high anxiety–me among them–I wanted to share 3 Tips and some other incidental information.

If you are 50 and have no history of colon cancer in your family,  it’s time.  If you’re not yet 50 and have a family history of the disease–or any other reason to be concerned–then it’s past time.

So, alas, with my “big” birthday last May, and a “staff day” today at school, I scheduled the appointment for 8 a.m. this morning because I hate to leave my students with substitute teachers, however good they may be.  Though doctors probably have different protocols, especially in countries outside the U.S., mine requires a clear liquid diet fast for 24 hours in advance.

Ever try finding more than 1 gram of vegan protein per serving on a clear liquid diet?  Well, I don’t think you can.  Veggie broths are right about 1 gram.  Too late, it did occur to me that miso, at 2 grams of soy protein per serving, might have been acceptable.  But I would ask your doctor.

As a vegan with low blood sugar–controlled by the optimum ratio of protein, carb and fat, I was really concerned about making it through the day at school without all of the hypoglycemic symptoms.  When I called my doctor, the nurse recommended Iso Pure , a protein drink in a rainbow of clear colors.  Turns out that it’s great for vegetarians but its whey-based protein makes it off-limits for vegans.

So, Tip #1: on the day before the procedure, rise early enough to eat or drink a high protein breakfast before the clocks strikes the 24-hour prior mark.  I recommend drinking that meal for reasons that will become obvious to you later.  My beverage of choice was a venti Green Tea Soy Frappuccino–hold the classic syrup and whip, of course–yesterday morning.

For both lunch and dinner, if you can call it that, I drank warm veggie broth with plain hot tea in the afternoon.  At school, I dissolved faux chicken bouillon cubes in hot water for lunch.  Mmm…  But dinner was more satisfying, so here is Tip #2:  the day before, I boiled 4 ounces of Udon noodles in 2 quarts of water plus 8 of those bouillon cubes.  When I drained the noodles, I reserved the broth, cooling it, and then storing it in an airtight container in the fridge.  The added starch and fat in the broth made that a much more satisfying “meal.”

Now for the truly fun and indelicate part.  First, whatever you do, don’t get online and start reading about other people’s experience of “the cleanse.”  That will do nothing but contribute to your rising anxiety or, in my case, rising panic.  My doctor’s protocol began at 5 p.m. the day before.  At the appointed hour, I had to take 4, count them, 4, Dulcolax tablets with 2 to 3 glasses of liquid.  I decided to take them with my liquid dinner, as I knew I was about to have to drink more than was entirely comfortable. 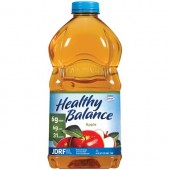 Immediately after that, I had to drink 4 cup (32 ounces) of a clear liquid–Gatorade was recommended–with a half of a bottle of Miralax dissolved in it!   But, guess what?  My cocktail was actually quite delicious and here’s why.  Tip #3:  the nurse had advised really chilling the mixture.  I can’t stand Gatorade on a good day, so I chose Healthy Balance apple juice which I chilled the day before.  After I mixed in the powdered solution, which is about the same texture as superfine sugar, I poured it over ice.  I think I’ll serve it at my next party!  Not.  But, truly, it wasn’t only “not bad”–and I had been warned by lots of friends that it is “nasty”–but it was actually tasty and satisfying.  Maybe it helped that I hadn’t eaten all day.

Then I went ahead and mixed up the other 32 ounces of apple juice and half bottle of “the stuff” as I would be rising at 3 a.m.–5 hours before the procedure–to drink it.  I didn’t try it hot which might have been more satisfying on a chilly fall morning.  But, as it was, I sat in bed with my dogs piled around me and read the December issue of VegNews.  It was quite pleasant.

Now, what follows both of those large doses isn’t the most fun, but only because it prevents a good night’s sleep.  Yet, I definitely wouldn’t want to have scheduled my appointment for later in the day and be trying to conduct normal activities.  And besides, I don’t know about any of the rest of you about my age, but sleeping through the night is not something I do anyway.  I’d say it’s been 8 years since I did that, though part of that was probably starting my new career as a teacher, not to mention adopting the first of our Great Danes who has slept with us from Day 1.

Well, it’s about time for my husband to drive me to the doctor’s office–note that you are required to have a driver take you home after the procedure because of the sedation (something else I’m not thrilled about, as I’m a bit needle phobic).  But everyone says that the prep is the worst part…and it wasn’t half bad!  I hope my 3 Tips will ensure smooth sailing on your end–sorry, I couldn’t resist–when the time comes.

Oh, and for the record, I’ve now been home since about 10:30 or so this morning, the procedure is a piece of (vegan) cake.  Seriously.  “Conscious sedation” for me meant “lights out.”  I don’t remember anything until I woke up in the recovery area, and I certainly didn’t feel a thing except next-to-nothing when the nurse inserted the IV, twice as it turns out, as I was dehydrated and she couldn’t get what she needed.  Honestly that was the part I dreaded the most and it was a non-event.  I do remember one embarrassing thing I said and they hadn’t even started drugs through the IV yet because they wanted me to meet the doctor.  When he came in to chat and shook my hand,  I instantly liked him and he was so handsome.  So before I knew it, I was saying to him, “Oh gosh, I wish you weren’t so cute.”  He laughed, blushed a little, and looked at his nurse saying, “I think that’s a compliment.”

So if your time has come or will soon come, relax.  But don’t plan a big lunch afterwards.  Everyone said I would be starving.  I wasn’t; instead I was ever-so-slightly nauseated, but just for a minute or so when I got home and was moving around a little too much.  I took one anti-nausea pill provided by the doctor which did the trick, and then I fell asleep for a nice long while.