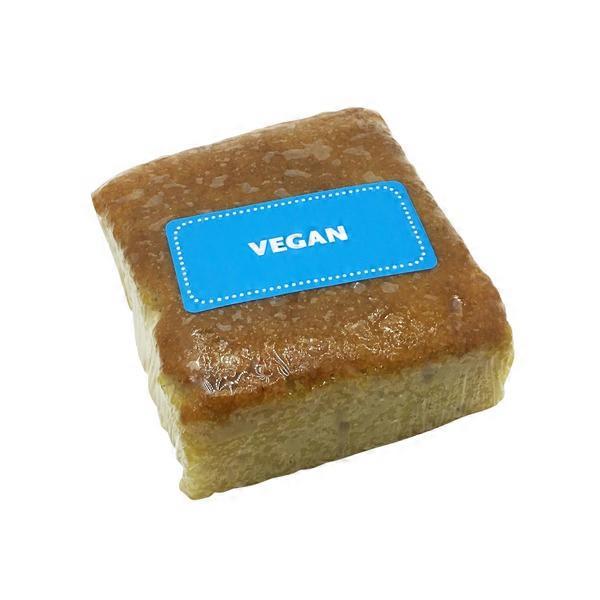 It looks harmless enough, doesn’t it?  But don’t be fooled…

Happily tasked with contributing several items to this year’s Thanksgiving repast, I thought I might reduce my cooking time–though I love to cook almost as much as anyone–by purchasing prepared cornbread for the stuffing. I applaud virtually everything about Whole Foods, so I thought I couldn’t go wrong.  But, I was wrong.  Bad wrong.

As Bob opened each cellophane wrapped hunk, I thought the moist crusts looked very similar to poundcake.  I tasted it and, as best I could tell, it was poundcake–and a very moist one at that–made with cornmeal.  Who would want a bread that sweet with their chili, lentil soup, or any of the rest of the WF family of soups next to which this alleged “cornbread” is sold?  I don’t even care for cake that sweet.

But, I like savory and sweet combos as much as the next gal, so I soldiered on.  Still, this cornbread was so sweet that I was dubious about how compatible the celery, onion, and sage was going to be with these cakey crumbs.  Yet, I didn’t have time to stop and make cornbread from scratch, so Bob persisted, crumbling the cornbread and one baguette into a huge bowl.  And I proceeded with my recipe, adding the aforementioned plus lots of beautifully toasted pecan halves.

As I poured the vegetable stock over the mound of ingredients, I watched in horror as it dissolved into what can only be described as a cookie-dough like consistency.  Desperate, I added the half cup or so of Panko bread crumbs that I had on hand, but it was of no use.  I decided to go ahead and bake it, hoping that science and physics might work some kind of magic in the oven.  But, alas, I pulled it out, tasted it, and my response can only be described as disgust at what was a dense, heavy, pasty, unpleasant-tasting mass.

In a last-ditch effort, I sprinkled some sliced green onion over the top and slid it back in the oven for about 10 more minutes.  There was no appreciable change to the unappetizing mass. I briefly considered melting vegan butter over the top for some salty goodness, but then came to my senses:

I marched straight out the front door, across the little Japanese bridge over our dry river bed, and into the woods where I unceremoniously dumped the whole lot of it into the deep carpet of leaves.  We live on Buchanan Creek which feeds the Chesapeake Bay and I  know from my freelance writing about eco-issues that residents are not supposed to dump fatty ingredients down the sink or onto the ground.  However, I wanted that glob out of our house–I didn’t even want it in a sealed bag in the garage–and fast.

There would be no stuffing this year, but there was more than enough delicious food.  And I didn’t tarnish my reputation as one of the family’s inspired cooks.

I hope your Thanksgiving was earmarked by culinary successes or, at the very least, culinary lessons learned well.  Happy Holidays!