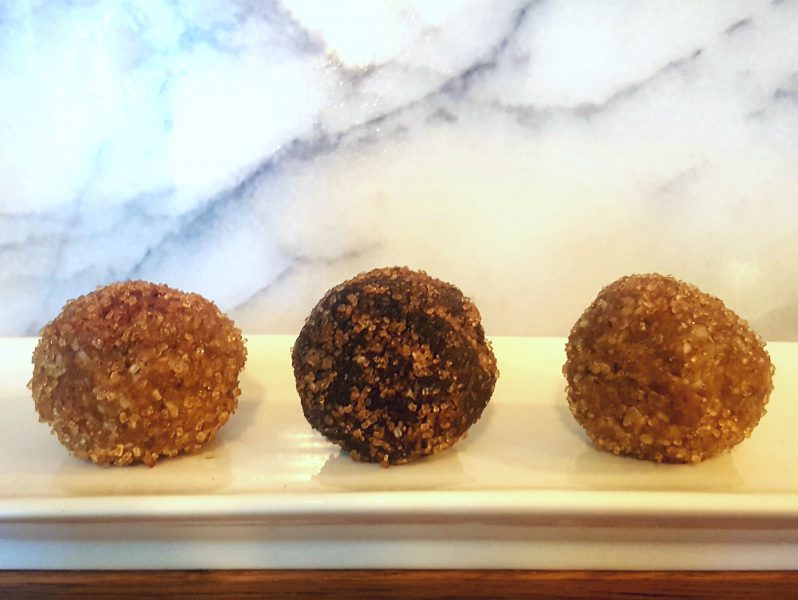 I had experimented with a recipe previously, but I wasn’t happy enough with it to post it. This time I am!

These are delicious, but bear in mind that they are far more calories than a fried vegan donut hole. Loaded with nutritious ingredients like walnuts, dates, unsweetened coconut, Chia and flax seeds, and for the chocolate ones, cocoa powder, they pack a punch of 150 calories each, almost as much as a regular whole vegan donut.

Yes, they are power-packed, but the scale doesn’t know that, so enjoy in moderation.

Place all ingredients in bowl of food processor and process until the mixture is homogeneous and holds together. Form into 12 tight balls and roll in cinnamon-sugar coating.  Store in airtight container in refrigerator. Allowed to come to room temperature before serving if desired.

Mix together in a small cup.